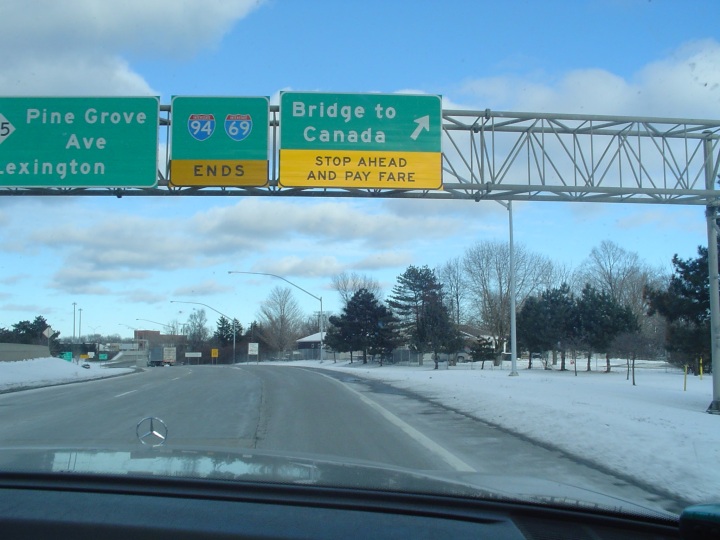 In 2004, disappointed with George W, the Iraq War, and the sheer number of people around us who thought all of that was just peachy (sound familiar now?), we did what we’d talked about for years. We pulled up our roots and moved to Canada. And it is no exaggeration to say that it has not only met but vastly exceeded our expectations.

I mention this not to talk politics or immigration strategies or the competing philosophies of “stay and work for change” versus leaving but to talk about what happened almost ten years later: I got a client in Louisiana. A client who has required more of my in-person time than any other out of town client I’ve ever had. Since 2014 I’ve probably spent 6-8 months here (I’m on a business trip as we speak) and will likely continue to spend time here.

At first it was really novel. It was a new area, and as we were entering winter in Canada the temperatures here were warm enough to almost never wear a jacket. There was new and interesting foods in massive fried portions to be tried.  It was fun. For a couple of months.

And then after a few months of regular trips, it became less fun. The cultural differences became notable. Politically and socially it was more conservative than anywhere I’ve ever lived. There was some cultural diversity but also I ran in to people who felt more free to make sexist, racist, or homophobic comments in passing in the way back home we might complain about the weather. Meanwhile, it was becoming clear that this could be a long term relationship.  For a while I retreated to my hotel room. I brought food back there, avoiding the restaurants near the business park hotels I’d stay in. I’d spend more and more time online, retreating to Facebook for hours, trying to squeeze myself through the WiFi back to Toronto.

As you imagine, it was not an effective strategy. I’m not one to just accept being miserable, though, and so I tried a lot of different things. Some, like virtually living back home were not successful, others were tremendously helpful and made me enjoy being somewhere I would never have otherwise chosen to go.

Find things you enjoy doing at home.  On one trip I had a weekend off and checked out of my hotel near where I was working and drove a couple hours away where I registered for a 5K run.

I had some local food. The spicy crawfish were as amazing as they look.

And I went to Vermillionville and learned about local history. In this room I was surprised to hear the “schoolteacher” speaking French to a couple from Paris. Somehow enough of my French from my time in Quebec City came back that I was able to join in. The teacher’s accent when speaking French was really interesting – different from both Quebec and Paris.

A few weeks later I went back for another long trip. I was there for 6 weeks with one week in between. Instead of avoiding thinking about basically living here, I dove in. I got a hotel with a kitchen and started doing something that always makes me feel better at home. I started cooking. Ever since visiting here I wondered: “Why aren’t Chinese, Thai, and Indian restaurants using local ingredients?” And so, I made a trip to a nearby store, picked up a pound of alligator meat, and did what I wished they’d do.

I made a batch of my soon to be famous Alligator Panang Curry.

That trip I also joined a local running club for a few runs and met with some for coffee afterward. It was nice to connect with others interested in the same thing as me.  Encouraged by my positive experience, I checked out the boards online at couchsurfing.com.  The next weekend I was off to meet Raj in Baton Rouge to watch a Tamil film, Kabali and have coffee.

A few months later I was back again and feeling a bit lonely and disconnected and I remembered how it was to meet people. This time I decided to check out meetup.com. I can’t recommend this idea enough. I found a group there whose purpose was just to do cool things together every now and again. And so I joined them on their next excursion.

We spent the day together at a Habitat for Humanity build – something I’ve always wanted to do but never found a group to do it with. It was hard work – I spent most of the day caulking above my head but it was really worth it.

Last time I went down here a couple of weeks ago I decided to give New Orleans another chance.  The first time I went I went to the French District because that’s where everyone goes. As a non-drinker I found it lacking something. The music was good but that, alone, wasn’t enough to carry it.  On this trip I avoided it and went to try another neighbourhood. I found myself at the Museum of Southern Food and Culture where I saw Chef Serigne Mbaye do a West African cooking demo, making Beignets, which we learned came from there.

They were delicious and he cooked them effortlessly, with no need for measuring all while chatting with us as well.

My days of eating at the chain restaurants near the business hotels are over. I generally don’t even bother with the usual sorts of restaurants one goes to on a business trip. I look around for interesting places that I would go were they at home. I’ve had amazing Indian food, Thai Food, and BBQ. As I’m changing things up by staying in a different part of town this time, I checked yelp and came across another place I hadn’t known existed. I got in the car and Google Maps took me a few miles away in the back of a plaza whose most eye catching landmark was the largest pawn shop I’ve seen flanked by a tire shop. But in the back was this sign:

As it was about to close in 40 min or so I was all alone. 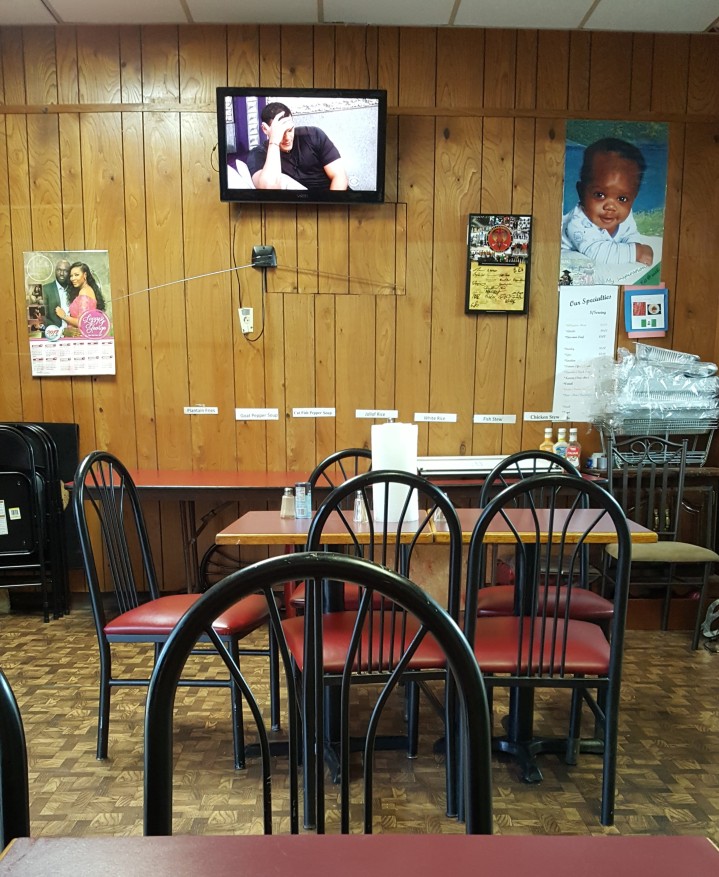 But the owner, Caroline was soon out to help me. There were so many choices, and pretty much all of them were new to me. I told her I would take whatever she brought me as long as it wasn’t tripe (she specifically mentioned that she had that and I’m not a fan). A few minutes later she brought this out:

I was not disappointed. Groundnut stew with greens (maybe collards?) and chicken so tender it fell off the bones and with a good chilli kick to it as well. On the right was fufu, pounded cassava. Since I never ate it before, Caroline told me how to use it, first insisting that I wash my hands. I grabbed a small ball of it, dipped it in the stew and ate it. Delicious. So delicious, in fact, that I couldn’t stop burning my fingers over and over as I grabbed more.  I’ll definitely be back to try some other dishes and this may be one I try to make myself at home as well. It was warm and cozy – like home. As good as it was on a hot summer day, I could see it being equally delicious on a rainy November afternoon.

Now, as I look back, I see that much of what I disliked about the area was exacerbated by how I was engaging it. Instead of choosing to do things I enjoy at home, I did the standard things one does on a business trip and suffered for it meeting all of the folks I don’t go out of my way to meet at home (so why should I be trying to meet them on a trip?). Once I started acting like I lived here I not only learned how to enjoy my time here, I met interesting people and learned that a state and its people are not as easy to define as the colour they are on an electoral map.

2 thoughts on “How I Manage Business Travel Part Two: Being Where You Are”