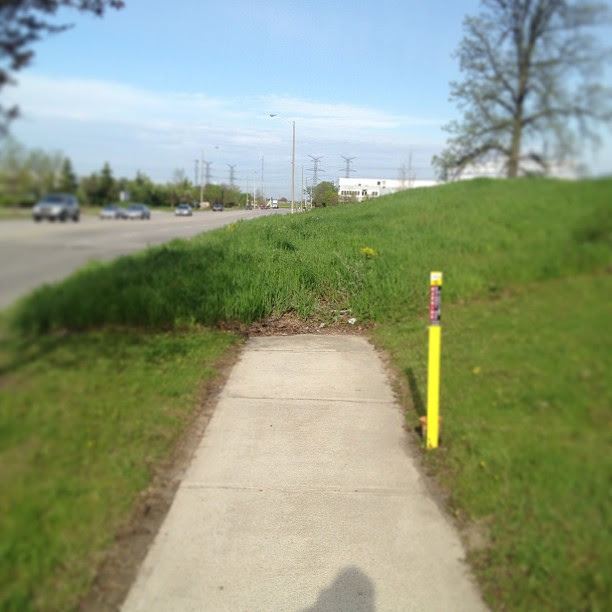 I came across this photo on the way to a customer’s office several years ago. I immediately thought of the Shel Silverstein book (and the poem it was named after) “Where the Sidewalk Ends”. It was one of my all time favourite books as a kid though I think the image associated with the poem below made a bit of an impression on me. It scared me a bit when I was little.

It wasn’t long after reading that that I remember dreaming about being on a road trip with my parents where we were going up a massive flyover in our car. Though they didn’t know it, I could see that the highway eventually ended about a hundred feet in the air and we were headed for our doom. It was as if I was both in the car and had a view from a drone above the scene. There was no indication that they were ever going to slow down. The dream ended there.

A decade or so later, my parents’ alcoholism, well underway by the time I had that dream, worsened to the point that I could no longer remain in contact with them. I haven’t spoken to them in over 15 years. The family continued onward and over the edge without slowing. Perhaps there was a bit of prescience in that dream….