In 2002, after years of living in the Missouri Ozarks, keeping expenses to a minimum (our 2 bedroom house cost only $190/month for example), a few things conspired to change our lives. First, Sage’s web design business took a bit of a downturn. Not long after that, my big remote technical writing job dried up. I had to find another contract.

As if reading my mind, I got a call from an old employer. Did I want to go to Albuquerque, New Mexico for a six month job? Sure, as long as our expenses are paid. And so, the day after Daegan’s 4th birthday we went to the airport in Springfield, Missouri, picked up a rental car and drove west to the furnished apartment they’d rented for us. And overnight we went from living in a small town cottage and driving a car we’d paid $200 for that sometimes ran to driving a brand new car and living in a gated apartment community. It was a bit of a culture shock to go back to this life.

One of the benefits, though, of this arrangement was that we now lived in the middle of the high desert. Within a short drive of us were a great number of really interesting destinations: geocaching in the Sandia mountains, climbing around the cinder cones of dormant (but not dead!) volcanoes, exploring hot springs in a forest with obsidian boulders the size of the house we’d left behind in Missouri.

And one weekend Daegan, who’d just recently been listening to an audio book about ghost towns and I decided to go find a real live ghost town. The American Southwest was a great place to find one.  And so off we went into the desert – what I associated with the challenge suggestion.

After some research, we found out about the town of Kelly, about two hour’s drive away. In the late 1800’s it was a bustling town with an active mine. By 1947, though, the last residents had moved away. Still, it was rumoured to be haunted and though neither of us really believe in ghosts, that made it a bit more exciting to visit.

When we got there we were all alone on a beautiful clear day. There were lots of signs of the former residents’ lives. The ground throughout the area was covered in lots of shards of broken crockery and plates. It made me wonder what had happened? How many plates were left behind and who decided to smash every last one.

Bits of the mine were still there. Apparently the mine shaft was never filled in and it goes over 1,000 feet down 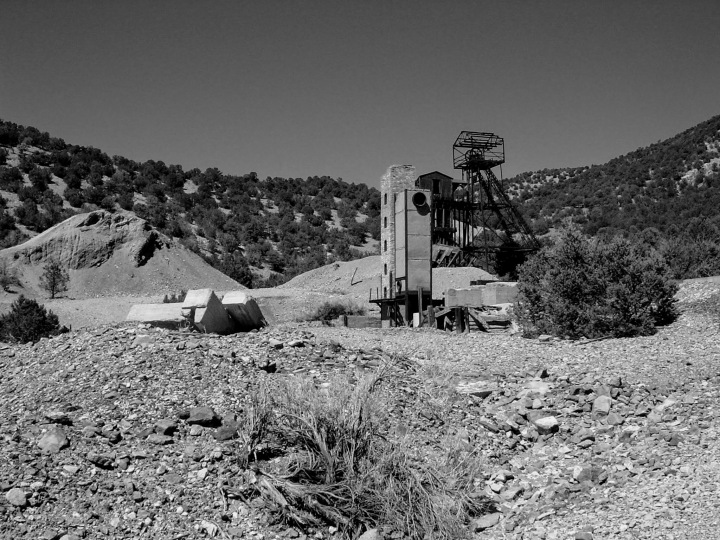 Who put the park bench there? Was it a park at one time? Or added after everyone left? 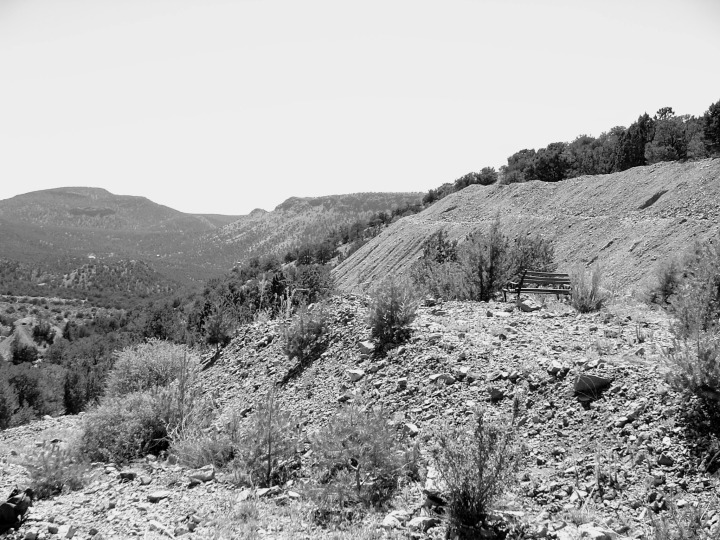 The mountains are really beautiful but I don’t understand placing the bench strategically for a view of the mine.

It’s been so long since people have lived here that trees are now growing where the houses once were. 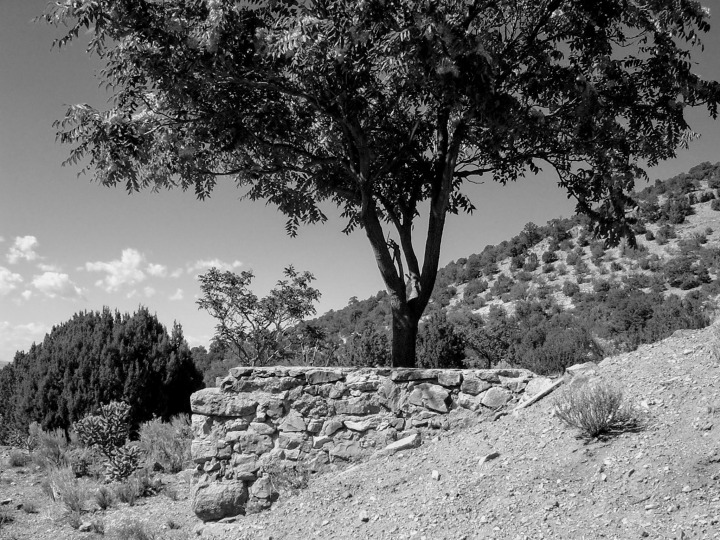 After a while, things got a little odd, though. It started with this desiccated head of some animal sitting on the ground.

We found our way to a graveyard where we found someone who had been more recently buried. As we got there, the wind picked up noticeably and started started to whistle. 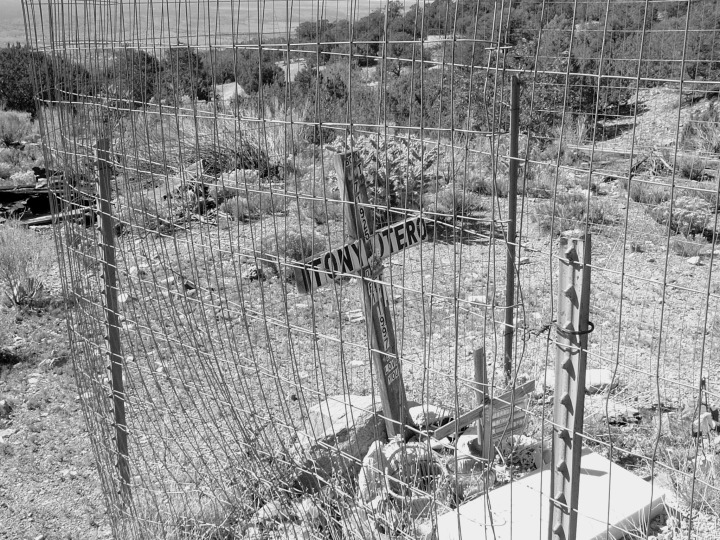 Figuring that was a great point to leave, we made our way back to our car and ended it there. Looking back I realize that it was our first (but definitely not last exploration of an abandoned place we did together.

If you’re interested in some of the photos and stories of other abandoned places we’ve visited, have a look at:

Camp 30: A former WWII POW camp that housed high ranking German officers just outside of Toronto. They were moved to North America so that even if they escaped they couldn’t find their way back home easily.

Centralia, Pennsylvania: In the 60’s a fire started in a coal mine beneath the town. In the 80’s, poisonous gases from the fire were finding their way into people’s basements. All but a few diehard people moved out and even the road, which was warping from the heat of the fire, had to be rerouted around the town.