It’s Sunday Morning and instead of lounging about the house all day, Sage and I head out just before lunch. Sage had an idea a few days ago and it sounded like so much fun I couldn’t pass it up.

Planning a trip is cool and all, but sometimes spontaneity is the way to go. Jump on a train, hop on a bus, or sidle up to a streetcar (“tram” in Australia) and travel as far as it’ll take you. Then spend some time in your new surroundings. Is it a concrete jungle with 10-lane highways? A sleepy suburb with little pink houses? Or a gritty outpost with bars on the windows? Whatever the outcome, try to blend in with the locals for a before you hop back on the bus, Gus. Photo by Dan Rozier #underground #thetube #London #publictransport #publictransit #travel #fun #play #playtime #EveryDayIsPlayDay #365DaysOfPlay

The trip would take us to the end of our city’s newest subway line, Vaughan City Centre. It’s a bit of a suburban wasteland up there – at least for those of us without cars. A look at Google tells us that there is nowhere open that we can eat. The only places within walking distance seem to be open only on weekdays. We change our plans on the fly and add a destination: The TCAF Bookstore at the Toronto Reference Library. This bookstore specializes in graphic novels and comics. It also has a small section devoted to Toronto-specific books and urbanism. Sage wanted to pick up some books on animation as she’s decided to start learning to do animation for a new project she’s working on.

One of the first things we notice when we get near the library is that there are a ton more people than usual.  Outside are tents and exhibits and even food trucks. Inside are more exhibits. We go in to do our errand first and the first thing we see when we go inside is that there are people, mostly kids, clustered around the fountain just inside. In the fountain are rubber-band powered boats.

We head for the bookstore. What an amazing thing that they put such a great and browsable bookstore in one of the best libraries in the city. So much interesting reading in one place.

A graphic novel called How to be Happy catches my eye. The art is intriguing and it has interesting storytelling that feels a bit surreal.  I don’t often buy books because other than reference books I rarely re-read them. So instead, I get out my phone, log on to the library’s wireless hotspot and put the book on hold. It should be at my library in a few days.

We grab Sage’s books and I get a Spacing Magazine – a magazine with a focus on Toronto, city life, and public space with a focus on making cities livable for everyone in them. It’s a good magazine and I’m happy to be in a city with enough people who care about this to make a magazine like this successful.

We head outside and on the way out we notice a really cool tent made of recycled sweaters. It’s by Egan O’Sullivan who says on the Maker Festival site:

“Knit tent” is a tent sewn out of discarded knitted sweaters. The installation attempts to draw attention to present-day consumption and textile waste. The tent was made from around 90 used sweaters. The sweaters were discarded due to minor issues, shrinkage, stains and small holes, but there was still a large amount of reclaimable fabric which was used to create the large, hanging structure. The project exists within a craftivism context as it uses traditional craft techniques (quilting, knitting) to create a statement about the world we live in. The project’s aim is to send a message to think about our consumption patterns, and to disrupt the regular path of consumption that clothing usually goes through. Spectators are invited to walk into this large colourful tent.

We head outside after that. I saw a sign for food trucks and at this point I am ravenously hungry.

I like that Ganesha made it to the event and hey, kids and teenagers being creative with technology and building things can certainly benefit from a few obstacles being removed. I do like the mixed media nature of the piece – a painting but with 3D bits coming out.

Seeing this piece made here reminds me of when I was last in India. I went to many temples while I was there but just by coincidence there were more Ganesha temples by far than any others. Four of the six I went to, now that I count, in fact. While I was in Maharashtra a friend of mine there mentioned that there is a lot of artwork with Ganesha in it and some of it is very different – modern pieces, classical pieces, all of different styles. She said that Ganesha doesn’t mind people doing that as long as they’re respectful. I’m not sure if I have the explanation quite right but I like that idea – “Hey, go ahead and draw me. Don’t be afraid, I appreciate your trying.”

By now I’m really hungry and we go in search of food. The first thing we notice is that the Chinese restaurant we like to go to across the street from the library has been eaten by condo development. The whole building is empty in preparation for a tower going up above it. Fortunately we remember there’s a good Japanese place nearby. I sit down and order right away. This food cannot arrive quickly enough.

I order a bento box lunch combo. In it are (clockwise from upper left): Two gyoza (fried dumplings), four avocado maki (rolls), edamame (soy beans with salt on the pods. A delicious snack, Chicken katsu – crispy fried chicken with a savoury-sour sauce on it, and rice with black sesame seeds on it. In the centre are pickled ginger (typically used to cleanse the palate between sushi types but still tasty with only one type) and wasabi, a type of horseradish that can be pretty strong. If you’re not careful and eat too much at once with your sushi you’ll feel it tingle first up your nose and then work its way to the top of your head and even to the back of your skull if you have a bunch. It can be really surprising if you’re not expecting it. I’m a fan of it, though.

The lunch is just the right amount and the quality is good. Though this restaurant is right in the middle of everything I often forget it exists so we’ve only been a few times.

Down we go in to the subway and two stops later we switch lines. We’ve got a long ride northbound to the suburbs. I read a bit of Twilight in Delhi – a fascinating book that Anupriya suggested I read some time ago. It is simultaneously fascinating and heartbreaking. Sage draws other passengers. Both she and Daegan are getting really good at that.

Finally we get to the end of the line and come back up in to the daylight.

We go outside and walk. The area around the station is pleasant, clearly a bit more designed for humans than cars, but it isn’t long before that ends.

I am being a little harder than I should be toward York Region – they are making some nice strides in some ways. A buffered bike lane is available on a major street. It’d be better if there were physical separation but maybe with time.

There’s even a BRT – “Bus Rapid Transit” where only buses are allowed. They get prioritized signals and no car traffic so they can cross town quickly.

On the entire 20 minute walk to the place we see one other person walking. I don’t blame them. It’s a hot day, most of this area is free of trees and there are no clouds in the sky. Eventually Sage remembers I have an umbrella with me and takes it. She’s thrilled to have found “portable shade.”

We go inside and find out that there is a party ahead of us so we have to wait about 30 minutes. No problem, we grab some tokens and play some games. After buying the tokens we find out that most of the games are really bad. That “Frogger” game for example just has one button and that button doesn’t seem to do anything. It just eats tokens.

Eventually, though, Sage discovers the Skee Ball machines and I discover something new after having been with Sage for 26 years: She is amazing at Skee Ball. After a few games she scores high enough to hit the jackpot. Lights and sirens go off and I am blown away. I take a video of her next game which starts off slow but she gets her mojo back soon after. She doesn’t get the jackpot again before we leave, though.

Wow! Who knew @sagetyrtle was the Queen of skeeball? Just before I took this video she won the jackpot!

Our wait is over and we are given our choice of colourful balls – I get a white one that looks blue (my favourite colour) under the black lights. Sage picks an orange one and in we go.

The place is pretty amazing. Everything in the place is painted in fluorescent paint and the ceiling is covered with black lights. The result is a place that feels magical. It isn’t always easy to capture what a place looks like with a camera, colours get washed out or changed, but that’s not the case here. These photos needed no correction or filters to look the way it looked in there.

We have a ball. By the time we get to the end I’m pretty sure that Sage handily beat me.

After being in a dark building on a summer day it’s always a bit startling to get out in to the sun – even more so when the temperature approaches 30 degrees. It’s hot! Now that we know where the place is we find our way back somewhat more quickly by taking short-cuts through parking lots.

It’s a little weird, though. While the area around the subway station is new and pretty, this area we’re in is abandoned. I feel like we should be watching for zombies.

We cross one more big parking lot – this area seems even more desolate than it was now that we’re not near throngs of cars passing through. Like the last trip, we pass one pedestrian on the way back.

We see a sign for a bagel shop on the way back. We both want coffee and so we head in that direction. A guy in his late 40’s in a big white Audi rolls up with all of his windows. There’s music blaring from his speakers.

Sage turns to me and asks “Does he know he forgot his Trans Am?” 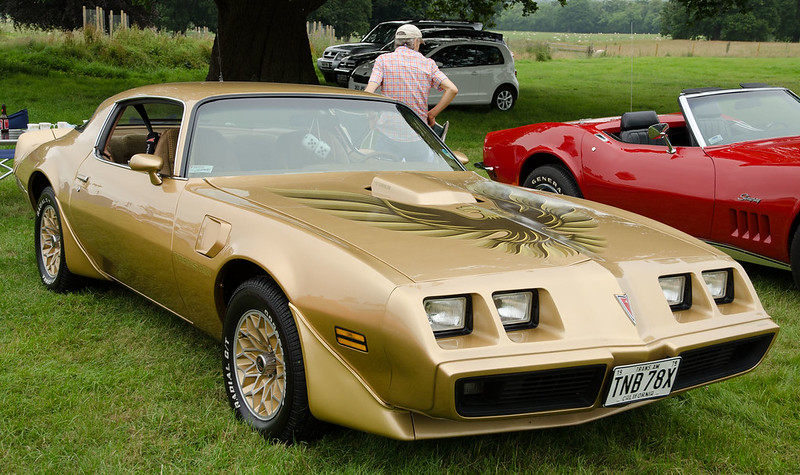 It’s OK, I think. It’s still in the garage at his parents house.

We get back to the subway and in to the glorious air conditioning. A little more than an hour later we’re back home in the middle of the city. A good subway can be magical, teleporting us to a completely different world.

2 thoughts on “Appreciating My Own Backyard #6: To the End of the Line”