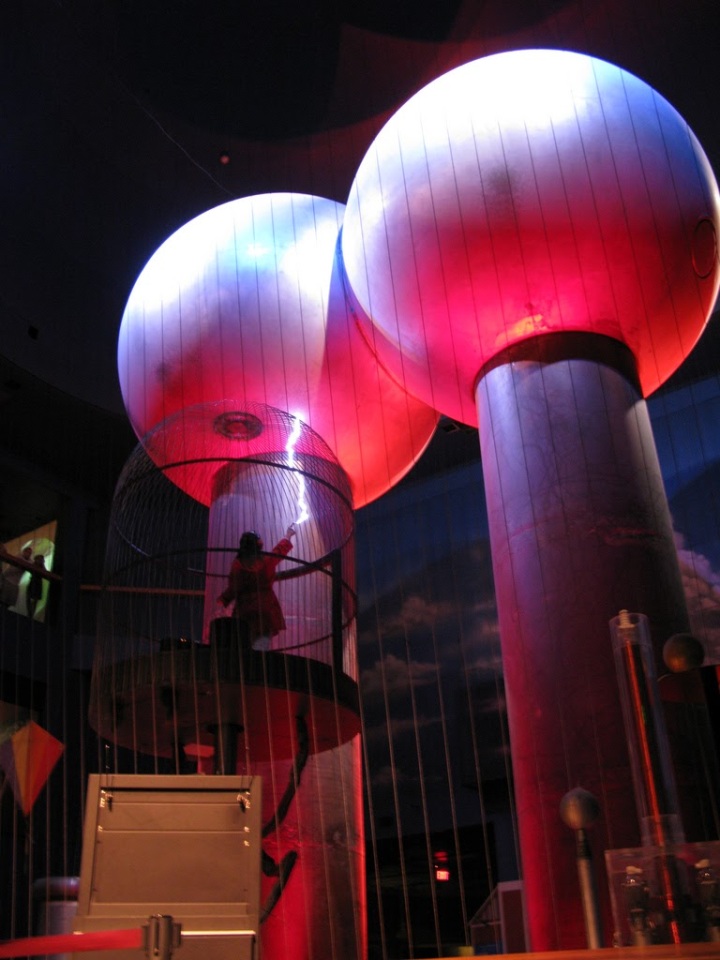 One of my earliest memories is of going with my mom and dad and a friend of mine from Kindergarten to the Museum of Science in Boston. It is my first memory of going to any sort of museum and I was hooked. Some kids loved going to the amusement park or the circus. I loved going to museums and this was, and still is, my favourite.

When I got to high school, though it was a nearly three hour drive, it became a nearly yearly field trip destination and I was always thrilled to go. Though we’d skipped it when I was a kid, probably because my parents worried it would scare me, when I was older I would always go to to see the Van de Graaf Generator – the world’s largest. They would do demonstrations several times a day, teaching about electricity, lightning, and then end with a dramatic finale.

When my son was ten we lived quite some distance away but I still found a way to get us there and we got to see it together. Though he wasn’t feeling well that day we still had a great time, and I captured this shot during the finale. The person leading the demonstration was doing an excellent job of demonstrating a Faraday cage. She was able to touch the inside of the cage she was in and be protected from the lightning strike as it went around the outside of the cage. This is the same reason why you’re safe from lightning in a car. (I know, some of you thought it was because of the rubber tires – had you gone to the demo at the museum you would’ve learned differently there as I did)

If you’ve not been able to see the Van de Graaf generator in action, thanks to the magic of Youtube, I can share it with you. It’s pretty impressive in person.

Inspired by the One Word Photo Challenge: Positive (electrical charge!) at Tourmaline.