For most of 2008, while my home address might have said “Toronto”, I would find myself sleeping 800 kilometres away in Quebec City. Everywhere I went, most people spoke French and even I found myself speaking it better than I ever did before or since.

The city is built around a 400 year old walled city filled with heritage homes and buildings. It was a wonderful place to live as there was always something happening. It was tricky in the winter, though, as this area gets a lot of snow – and that winter they got record breaking snowfall. Every few days, it seemed, another 30 centimetres (a foot) of snow would fall. But unlike areas outside the walls, space was limited. If you plowed the snow off of the roads, the sidewalks would be covered. If you then shovelled it off the sidewalk, then the streets would be full again. The only thing to do, then is use a machine to vacuum all of the snow up and spit it in to the back of a big truck. I would hear this truck go by my room the night after every snowfall. As we got 600 cm that winter (about 18 feet), this happened a lot.

Just outside the walls of the city was a public space where year round. In the winter people would skate on the skating rink and as it got closer to spring and the maple sap began to flow, soon the little cabane à sucre (sugar shack) would open, selling tire d’érable (in English we call it “sugar on snow”) made by cooking maple syrup a bit until it thickens just a bit more and then pouring it over clean snow to cool it. The result is sweet and delicious.

In the summer, it would be a place where people would hang out while street musicians played. Skateboarders and BMX bike riders would also come by and play. 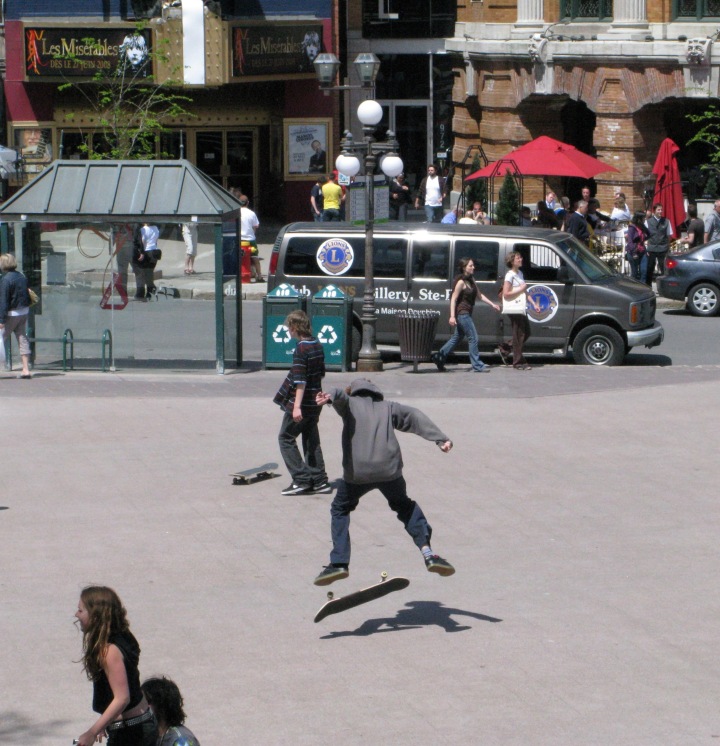 As it was the 400th anniversary of the city’s founding when I was there, there was lots of entertainment to be seen from morning to night.

While this was my longest work assignment away from home, this also remains my favourite location to be assigned to work and I would gladly return.