In about 2010 we were all living closer to the centre of the city. The easiest way for me to get places was to take my bicycle. Unfortunately, though, that meant leaving my 9 year old son at home as the traffic was a little nerve-wracking for me to think of him riding in. Until one day I found a solution:

This was our first tandem bicycle. I estimate it was about 40-50 years old. It had a single speed so hills could be a challenge, but it was perfect for the city. We could now travel around the city together by bicycle wherever we liked. It gave us a lot of freedom and speed. While we could go anywhere by transit, taking a bicycle made it quicker and our vehicle was always there waiting for us. As a bonus, we could talk to each other the whole time – not always possible when travelling on two bicycles. 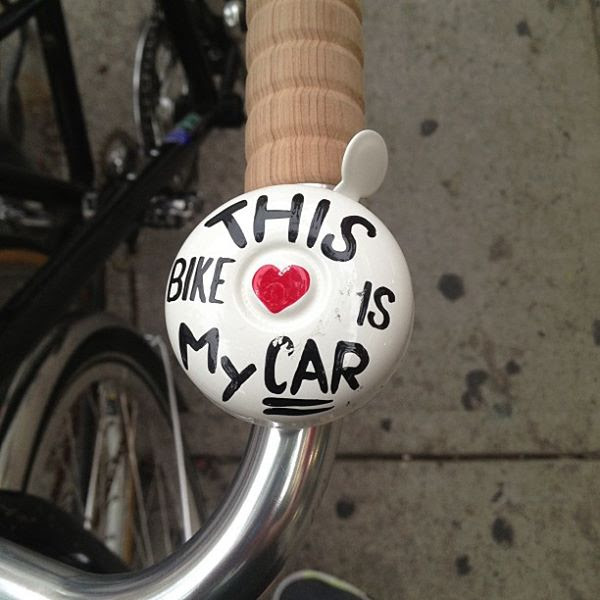 A few months after we got our tandem I started thinking about the freedom this bike gave us. What if we got a more modern tandem bicycle – one with gears. Where could we go? I was determined to answer the question. And so, the summer after we bought our first tandem, we bought our second:

This one was faster and it could easily climb hills. The following spring we started riding it longer and longer distances. And we started hatching a plan. In late 2011 I came up with an idea of a charity bicycle ride in which people pledged to perform a random act of kindness instead of pledging money. After all, anyone could do that regardless of their financial situation. We targeted “raising” 500 pledges, and thus the name 500 Kindnesses was born. 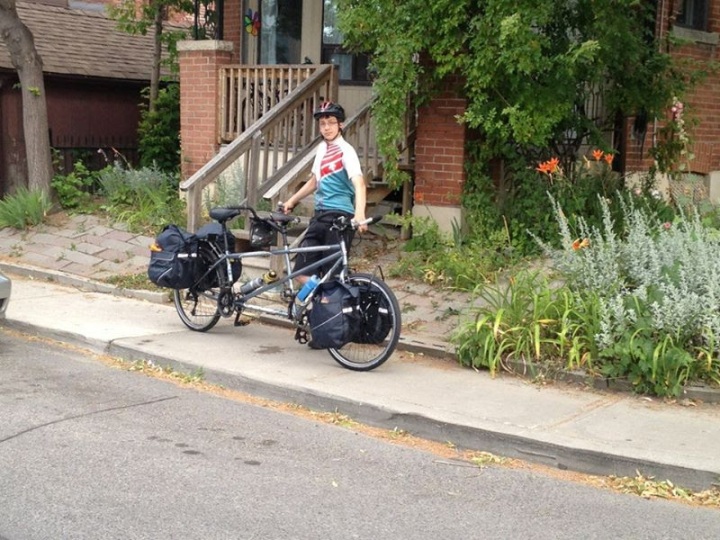 We would average 80 km/day with some days being well over 100 km. After six days of riding we arrived in Ottawa. We were feeling pretty good by this point. 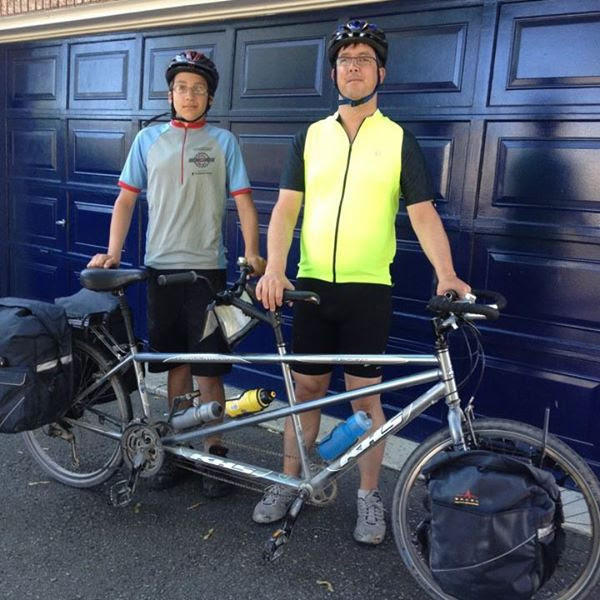 After nineteen days, and 1534 km (953 miles) we arrived at our final destination: New York City. 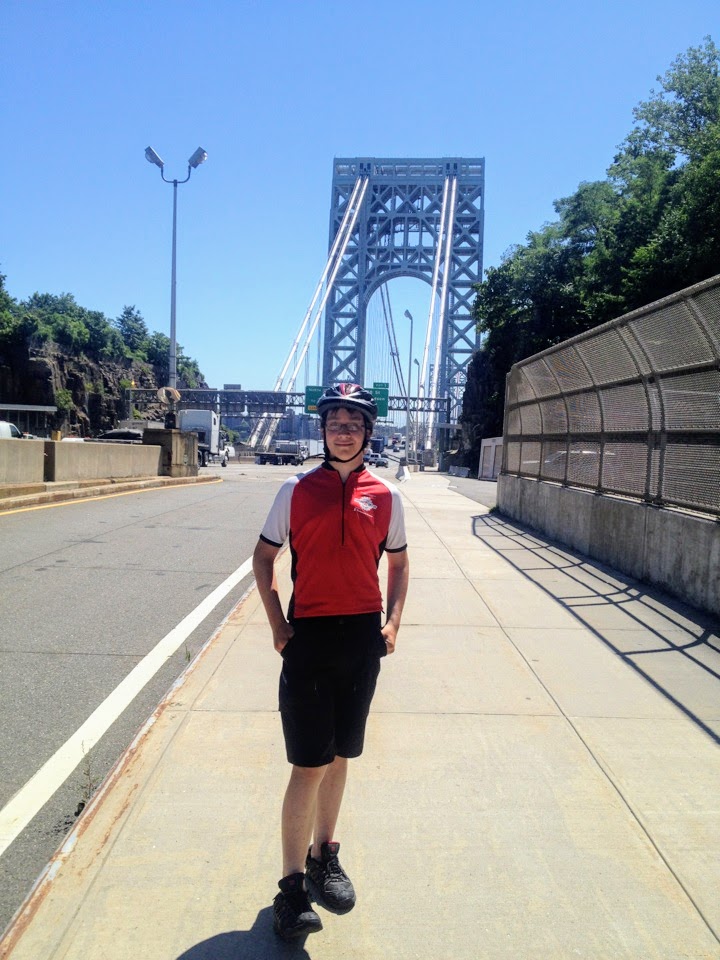 To read the travelogue of this trip – and other bicycle trips we’ve since taken together, you can look at my Bicycle Travels page.