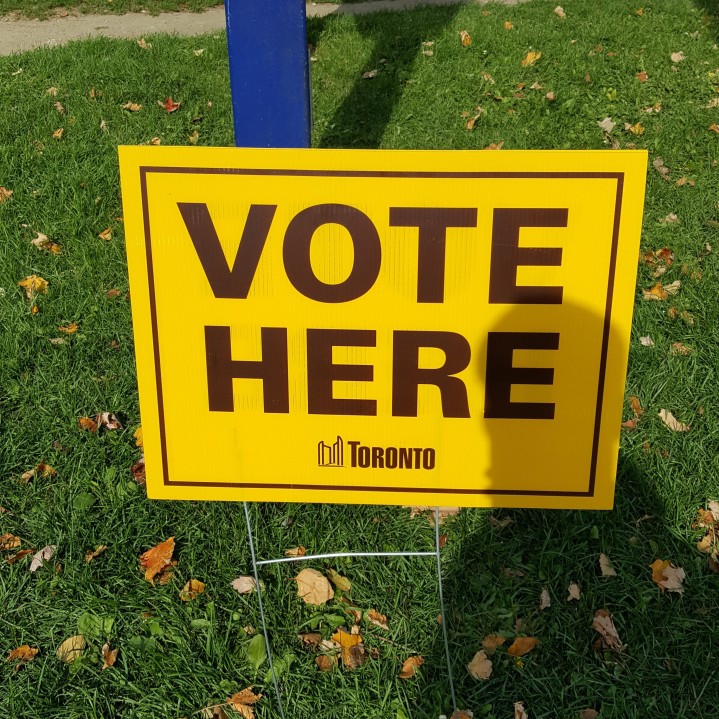 This is an exciting month for us. All three of us voted in our first Canadian election. It was a municipal one which, to me, seems to matter the most in terms of one’s day to day life. Compared to what I’ve done in the US it was very old-school. Take the paper ballot, go behind a cardboard voting screen and then fill in the circle next to the candidates you want to vote for. We had only three this time: Mayor, Councillor, and Public School Trustee. In the end, all three people I voted for were defeated. On the plus side, I don’t feel like the ones who did get in are going to bring any disasters any time soon.

This week I will also send out my absentee ballot in the US Federal election. While they might have voting machines if you vote in person, voting by absentee ballot is almost the same as it was voting in our municipal election. Indicate your choice, toss it in an envelope and put it in the mail. And cross your fingers.  I’m lots more concerned about the outcome of this election. I’m voting in a state that could go either way so it really matters to me. And I will feel much more disappointed if my chosen candidates do not win. There’s a bit more at stake, I think.